I started out making more books. So I'm getting closer to my goal. 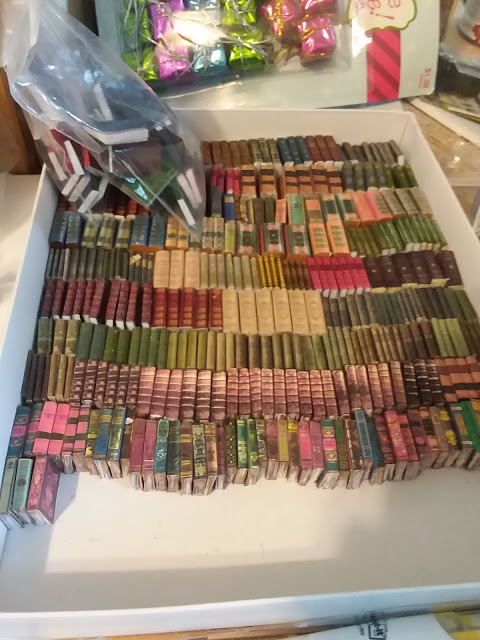 I'd wanted to do a bit more on the white lantern loveseat.  I added some cushions to the back and then a bit of padding to the headrest and arms. 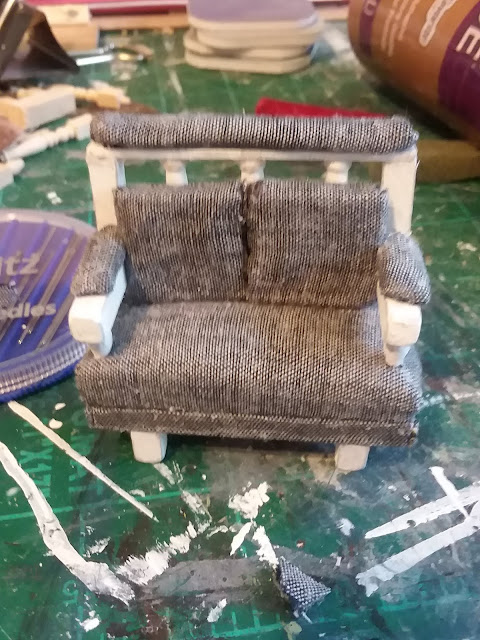 I think the added grey brings the piece together a bit more. 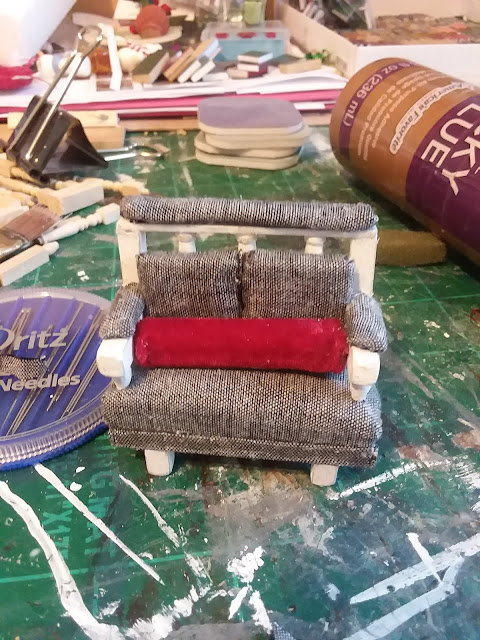 Then I wired the light to the battery and tested it out. 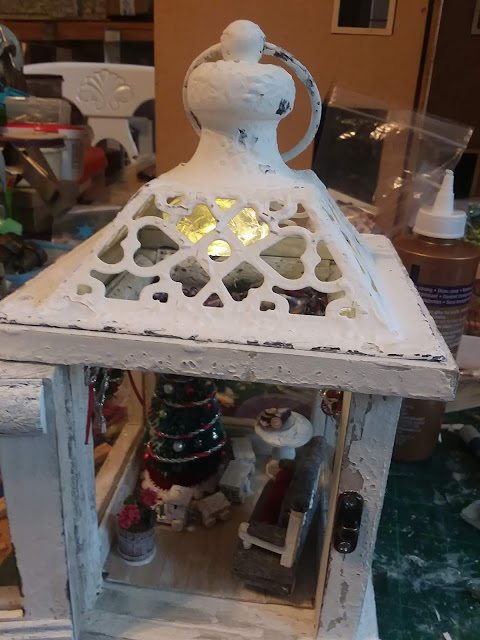 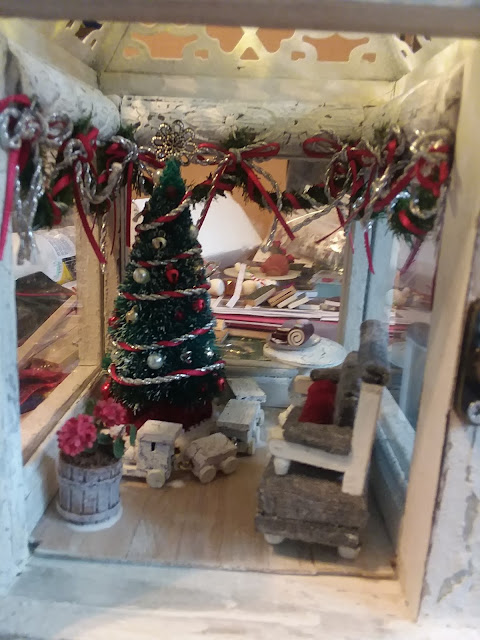 The table and loveseat aren't glued in yet, I'm waiting on my glasses since I need some milk on the table and I don't want to glue anything in until that's done.

The next lantern has a large enough footprint that I can use 1:12 furniture instead of half scale.  Which is nice because I'd already started to make a chair when I'd done the first lantern and it was too large for that one.

I'm going with a cherry wood trim in this one. 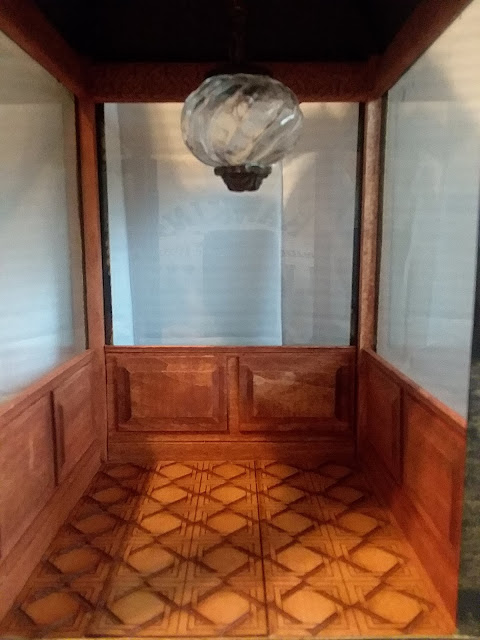 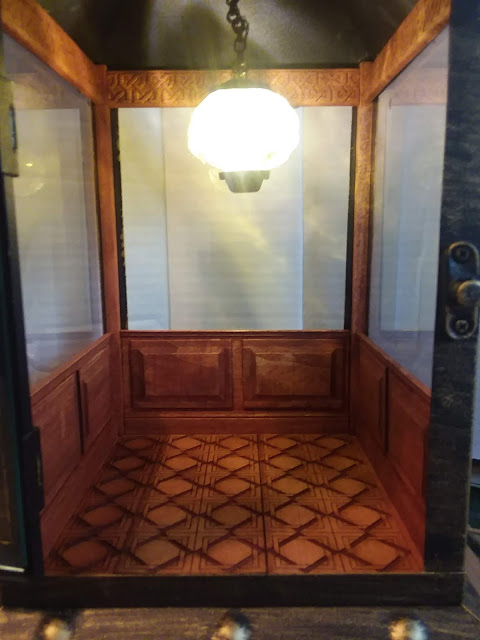 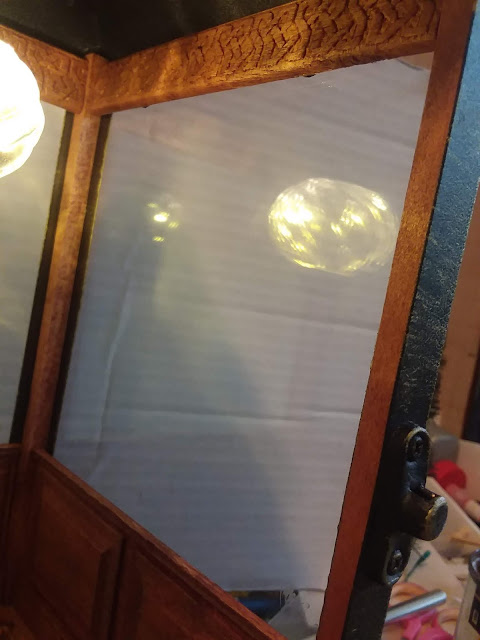 I'm going to add some lace drapes with holly/seasonal ribbon on them to dress up the 'windows' once I finish the furniture.

Making a table was the first step.  I used woodsies and some spare miniature kit parts. 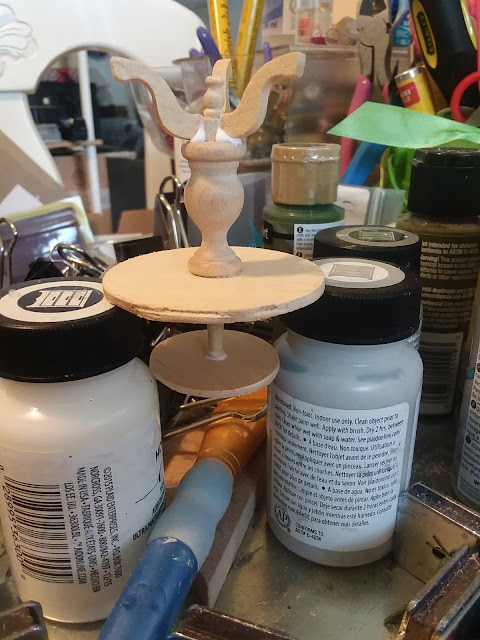 This was the only way I could keep the legs straight while the glue dried.  Since that was going to take a while I started on the Christmas Tree. 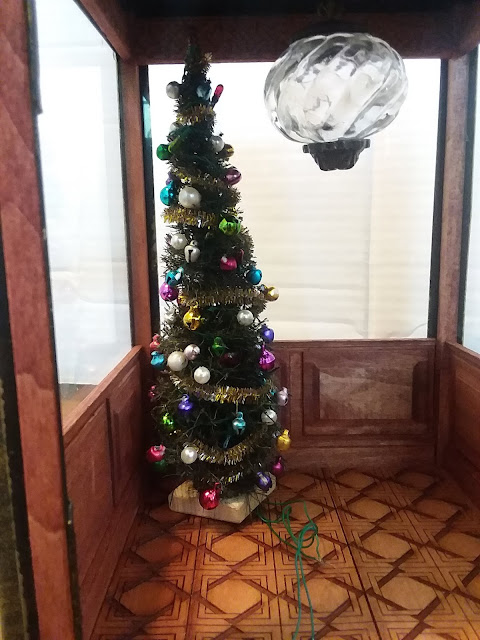 Glue is still drying on it too.   But it was safe to test out whether or not the table was level. 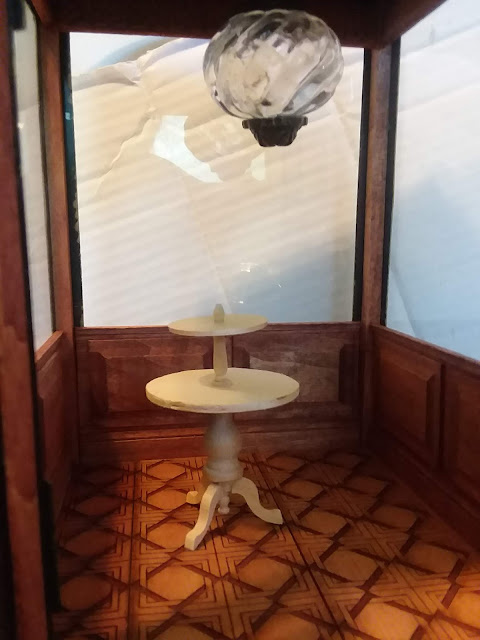 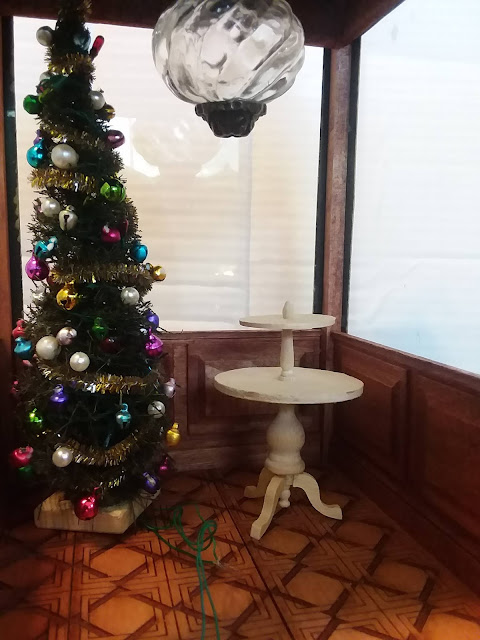 I've painted the chair and table black to start with. 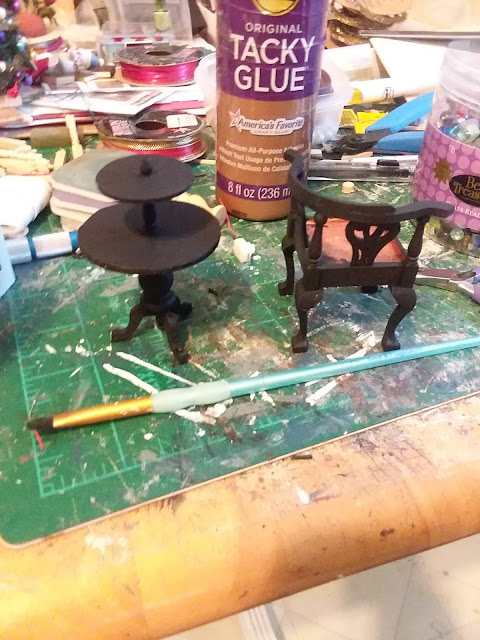 I think I'll end up with a green or red cushion cover for the chair.  The final color of the furniture I'm not sure on yet.  Maybe a nice grey?  Something to look nice against the cherry wood of the trim but not blend in too much.

Last thing was to sew a tree skirt and add it to the tree. 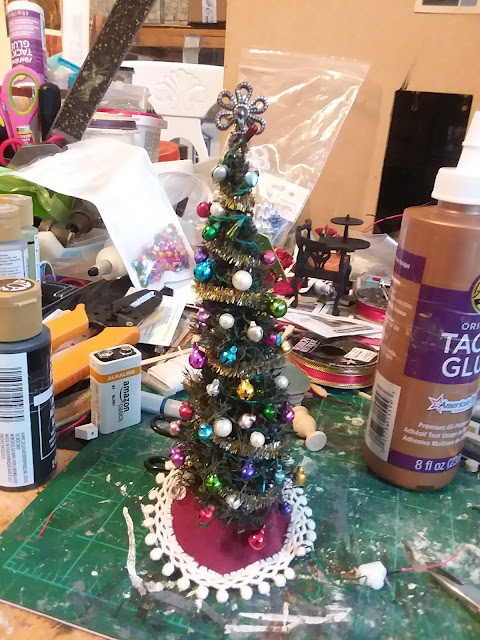 Then I glued it into the lantern. I had to feed the wires through a hole in the bottom of the lantern and then add the glue...so that's drying now. 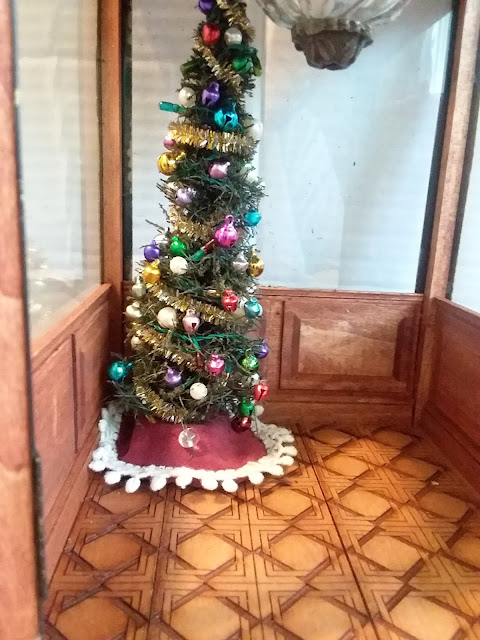 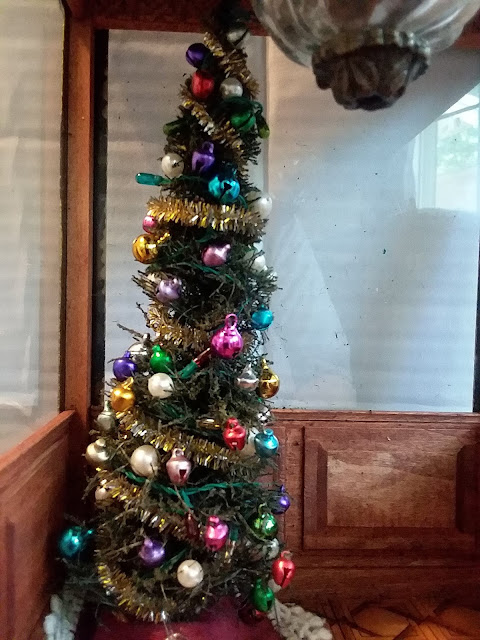