I've been more than a little worn out this weekend. It's been a long week at work and I finally got caught up with everything that had to be done.  So I tried to get some sleep on Saturday morning.  I sort of succeeded.

But once I actually woke up I began my project.

I finally got all the books back in the bookcases and then began rearranging some shelves.  So now the houses are less easy for the cats to jump on or knock down in an attempt to jump on top of them.

I moved NOLA House into the guest room.  If I'd been thinking I would have moved the bookshelf so I could see the front door of the house rather than having it against the wall.  If I get ambitious next weekend I still might. 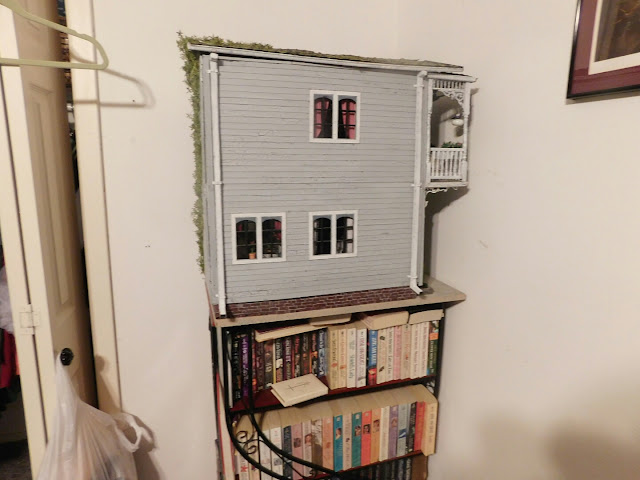 I really should have gotten a bigger bookcase.

The empty shelf where it was has been the spot of much exploration by every cat except Helo.  He's more interested in the abandoned chair. 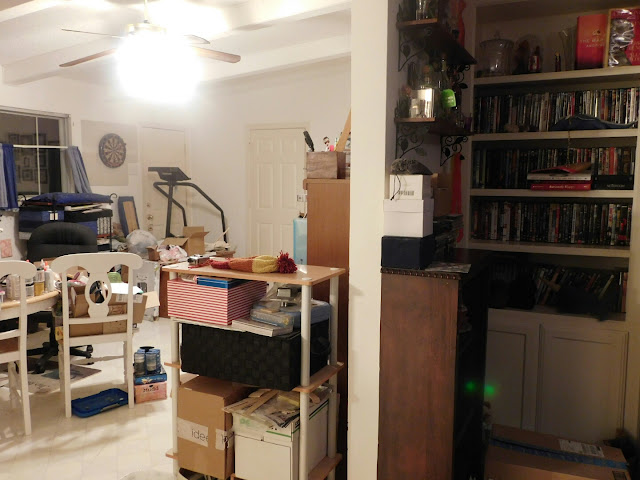 As you can see I haven't cleaned up a whole lot more.  First I needed to make sure nothing was going to get destroyed.

Then I moved the Fairytale Cottage to one of my bookshelves in the living room. 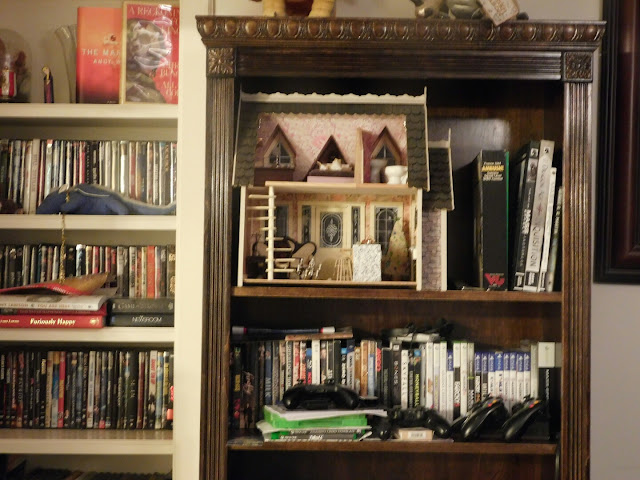 It fits pretty well.  And the Building Inspector won't be pushing her face inside it.

And I'm sure I'll find something to put on the empty shelf where it used to be. 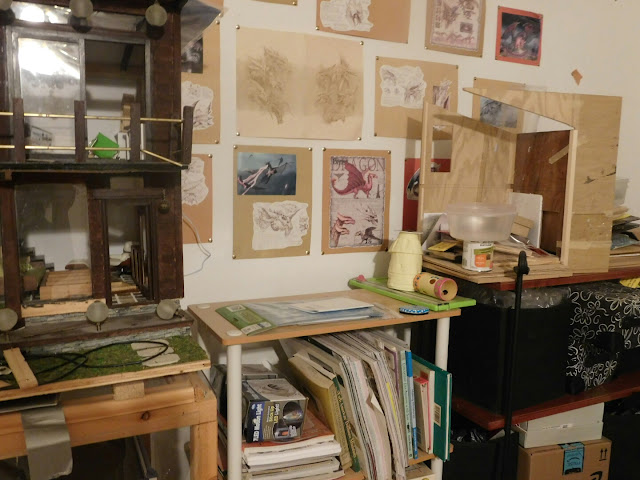 Once I get a closet cleaned out I'll probably move the Architect's Abode into it and put the Craftsman Tiny House where it is.

On Sunday morning I started to get sick again and so the rest of the day I spent on the couch.  My husband very kindly did not taunt me with spicy food or any other tantalizing scents that would make me want to eat and thus drive my system crazy all over again.

I'm excited though because I just checked out Susi's blog and found out that I won her giveaway.  Since I haven't really won anything in my life I'm going to enjoy this nice start to 2018.